Cinnamon Trust – National Charity for elderly and their pets 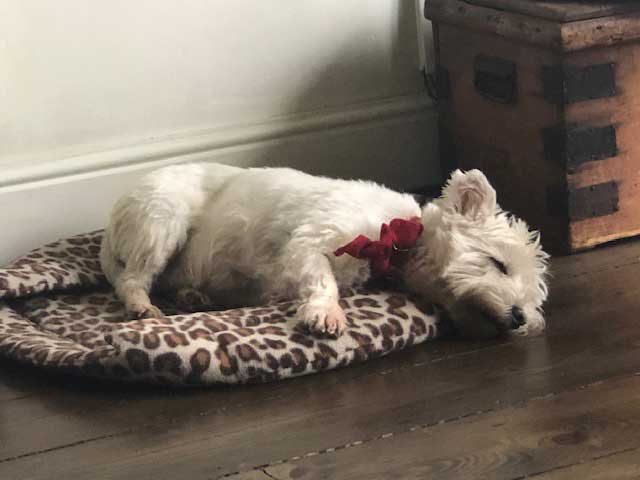 The Cinnamon Trust is the national charity for the elderly, the terminally ill and their pets. When you get older or are very ill, you worry what would happen to your beloved pets and will refrain to get another in case you will not be there to look after them.

Over 30 years ago, managing director Maria Mills lived in Cornwall and became involved with the Cinnamon Trust Charity looking after dogs of people who are old, taken ill, or terminally ill. I fostered them for a while, taking them for visits to the various places where their owners were been treated, or dying – whatever was needed. I continued to do so year after year now in Suffolk where I live.

Today I took Nesey the beloved dog of Mr Harding from Glemsford, Suffolk to attend his funeral. He did not have any family, only Nesey, who was there for him at the end, as he would have liked.

There was no one else at the crematorium, except the staff. As he died in hospital and there were no relatives, I was told there would be no funeral as such. The funeral director would deliver the coffin and I was told I would possibly need to be just outside. I told the funeral staff the story of this lonely man and his dog and they were most sympathetic.

It was heavy snow but we made it there for 9am and were surprised that the staff from the crematorium and the funeral directors made a little ceremony. They took photos of Nesey by her daddy’s coffin, said a few kind words and played music for her, finishing with Nessun Dorma by Pavarotti. 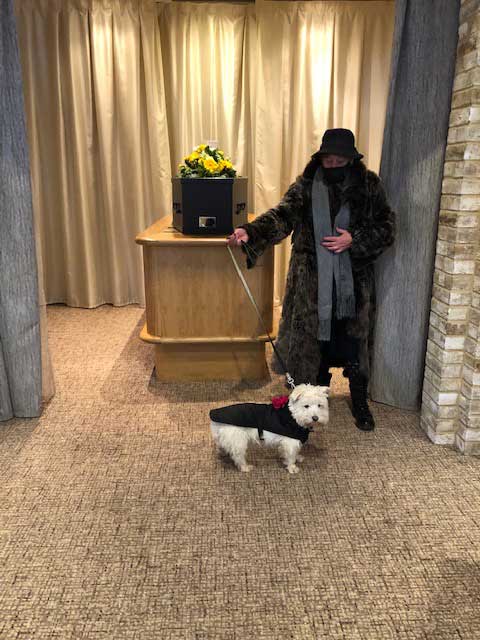 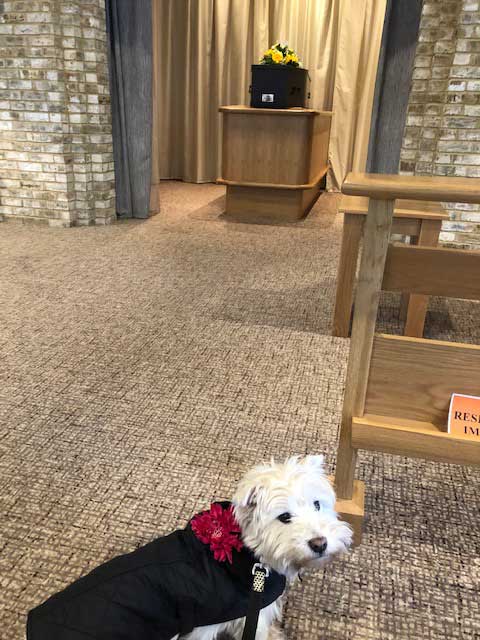 What happened to Nesey – The beloved dog of Mr Harding

In summer 2020 Mr Harding needed to go to hospital for tests and I collected her for a 2 day stay at our house. She had never been with other dogs and we had 4 in, but she loved it. A few weeks later she came again for one or two weeks as her daddy had the operation. 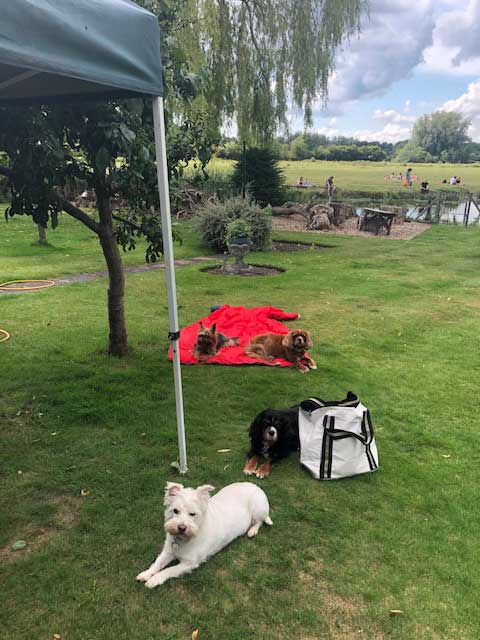 Then in the autumn he was diagnosed with cancer and rapidly deteriorated. He had another operation but couldn’t speak anymore, just texting. Surprisingly Nesey could understand him!

He stayed at Addenbrooke’s Hospital for a while, already in palliative care and as a “one chance in lifetime” I got approval to bring Nesey to see him before he passed.

It was so sad, but beautiful at the same time. 2 nurses brought him to the entrance door outside, very frail and unable to breed, but he got Nesey on his lap and stayed holding her for half an hour. Many visitors stopped and cheered. Photographs were taken etc. He made me promise we would always look after Nesey.

No worries – the Cinnamon Trust always look after their own.

But Mr Harding did not die! He came home with a 24 hour care package in palliative care and just before Christmas I took Nesey back home to spend Christmas and whatever time left with him. He asked me then again if I would keep her with the other doggies at our home as she was happy there. I agreed and Cinnamon Trust approved.

Mid-January he texted (he could not talk) there was an emergency and ambulance was coming – I needed to collect Nesey now. I managed to get there in time for him to hand Nesey to me with the promise of never let her go, and help him to the ambulance. Then, he told me and the carer that all he had was for Nesey’s trust to ensure all pets will be looked after as she will be. This was the last time Nesey saw her daddy alive. Nesey lives now with a Yorkie and 2 king Charles twins in great harmony. She loves her food, walks and the big garden by the Stour river. 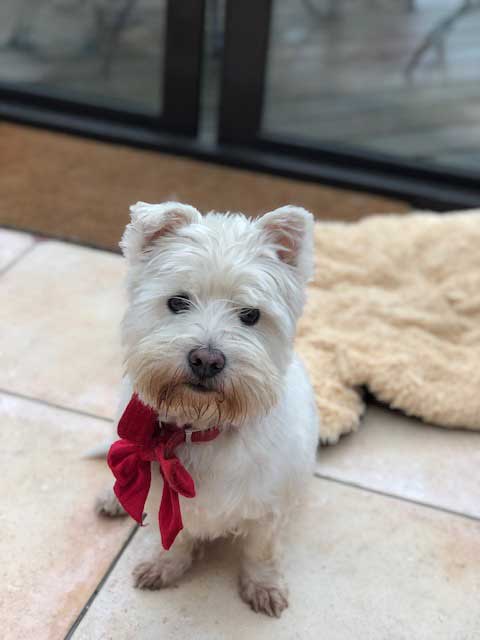 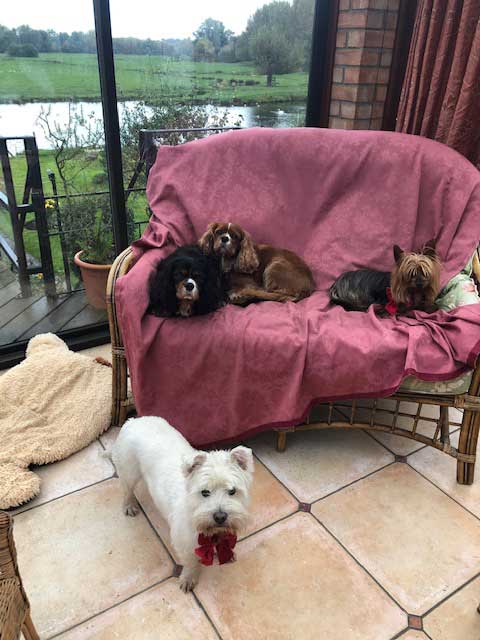 Mr Harding can rest in peace in the knowledge that his darling Nesey will be looked after forever by me and the Cinnamon Trust.

All the Staff of my company Travel & Leisure Group love dogs and admire what Cinnamon Trust does to help the elderly and the sick.

An independent word of advice…
If you want to support the Cinnamon Trust, or any trust, make it clear on your will or some other witnessed declaration that you want to contribute to it. Many other dogs and other animals in need, like Nesey, will forever be looked after in style.

Posted in Travel and Leisure Group