Planning a Trip to Japan

Japan is, without doubt, one of the most fascinating countries in the entire world.  Combining its own unique culture with all things modern, it has something for everyone.  You don’t have to choose between large metropolis cities and remote mountain retreats!

Most travellers will still be saying, “Wow!” long after their holiday has finished.  The images and memories flash back in your minds.  It’s just the sort of place, by its very nature, that amazes and inspires.  We’re here with five must-know things for planning your trip to Japan, the land of the rising sun.

Japan: When to Go

Many people have certain images in their minds when they think of Japan.  Two of the most common are hot springs surrounded by snow and, of course, cherry blossoms.  Anyone intending to see these should probably avoid the summer months when it’s hot and humid in Japan.  Cherry trees do not blossom at this time of year, and the hot springs will be unbearable!  We recommend spring (for the cherry blossoms) and autumn (for cooler temperatures).

Many Japanese schools teach English.  However, finding someone who actually speaks English outside of regular tourist haunts might be a rare thing!  Most younger generation Japanese have an understanding of English, but they are quite often shy to speak it.  For travellers, Japanese can be quite a hard thing indeed.  Learning a few basic words might encourage a response in English.  A well-reviewed phrase book from Amazon is a good start.

For travellers, medical treatment in Japan can be expensive.  Therefore it’s very important to arrange adequate travel and medical insurance before your trip.  Make sure you read the small print to ensure that you have coverage for adventure sports (which can apply to cycling), too! 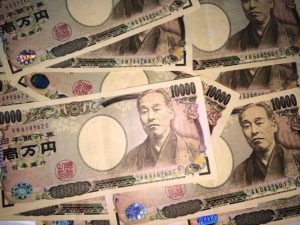 Japan is often thought of as being an expensive country.  However, in reality it is only as expensive as most modern capital cities such as London.  Where travellers might come unstuck, though, is by trying to get some money in the first place.  Although Japan seems to have cash machines on every street corner, they quite often do not take foreign cards.  Don’t leave it until the last minute to withdraw cash, as it might take an hour or so to find a machine that will accept your card.

Travellers from western countries such as the UK should begin to adjust to a different concept of personal space.  Everything seems a little smaller, whether it is hotel rooms or even the width of the beds themselves.  In terms of personal space, the Japanese train system (and in particular the Tokyo Metro) is a whole different world.  During the morning rush hour, special attendants known as Oshiya are employed to push riders together with their baggage onto trains in order that the doors can close.  It might feel like being a sardine but travelers to Japan should try a rush-hour journey at least once in order to experience the madness!