Rome, The Wonder of Italy 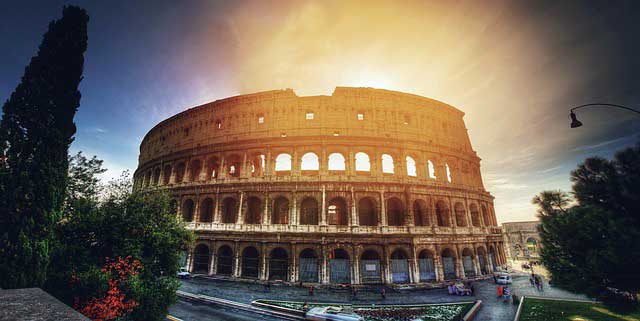 Rome is one of the most magical places in the world and once visited, it is never forgotten. It’s a true must see location.

Here are some interesting facts you may or may not know:

• The Trevi Fountain has an estimated €3,000 per day thrown into it.
• Tossing a coin into the Trevi Fountain with your right hand over your left shoulder means you will return to Rome in the future. A second and third coin ensures you’ll find love and marriage.
• All the money, and anything else collected in the Trevi Fountain is donated to the Catholic charity Caritas.
• The city of Rome dates back to as far as 753 BC.
• Rome has a sovereign state located entirely in its city limits, the Vatican City.
• Vatican City is the richest state in the world per capita, but also the smallest.
• Located inside the Vatican City is The Apostolic Palace, also known as the Papal Palace. the official residence of the Roman Catholic Pope.
• The 3rd most visited city in Europe, behind London. Paris is the most visited.
• The Vatican City has its own currency, Vatican Euro. 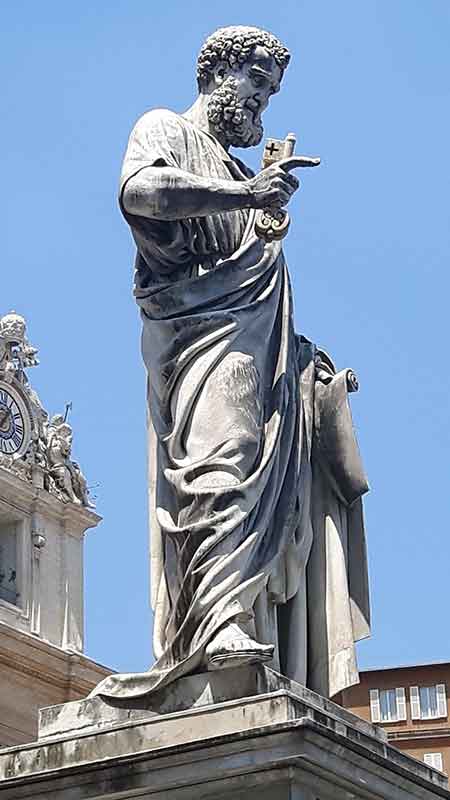 TLG: A city break is not for everyone, people choose a beach holiday usually, so why did you choose Rome?

JP: A lot of friends have been saying that we should go to Rome, it’s a great place to visit and we would not be disappointed.

TLG: Were you? Did it live up to your friends recommendations?

JP: Absolutely. It was amazing, from the first moment we arrived in Rome. We went in June and the weather was fantastic. I cannot recommend this city enough for anyone who is thinking of going.

TLG: As Rome is so large and there is so much to see, where in the city did you stay?

JP: We booked our city break through Expedia and flew with Ryanair. We stayed in a small hotel in Via Crescenzio called Orange Hotel. It was a perfect location, based just a short walk from the Vatican City. 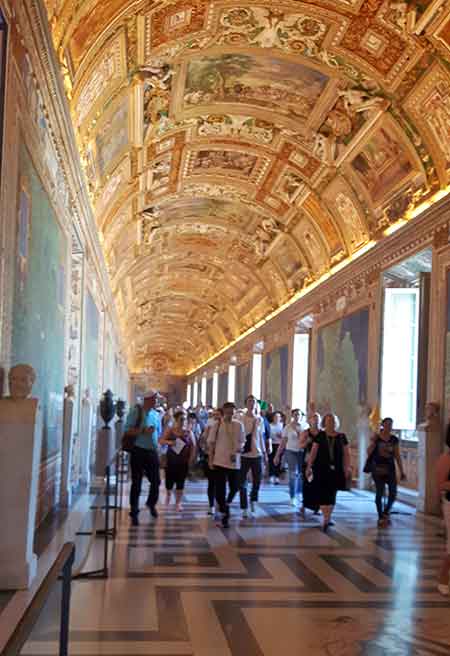 TLG: With so much to see, how did you plan your trip around Rome?.

JP: The hotel gave us a tourist map and their recommendations of what we must see. Rome is so vast and we walked so much and I must admit, we got a bit lost at times. You can always use your smartphone and Google maps to help you get around.

On our first day we had a pre-booked tour of the Vatican Museum, you have an allocated entry time and a guide to walk you through. Because there was so much to see we walked around on our own as not to be rushed. It is a wonderful museum and so much to see.
We had lunch whilst there and it was a simple meal of parma ham & melon. It is one of my most my most treasured memories to be able to sit inside and eat in such a wonderful location.

Ever better still and more memorable, whilst at the Sistine Chapel we noticed that there was a priest given blessings. My wife was so fortunate be able to ask the priest to give her a private blessing, which he did and it was a very emotional experience in such a historic and religious building. 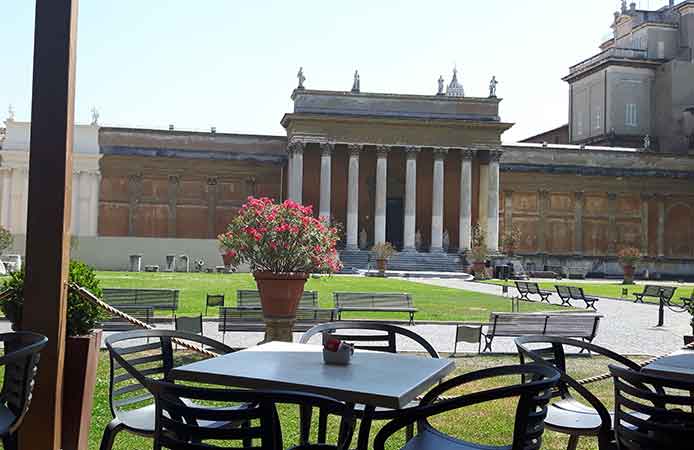 TLG: I presume that you took in the other famous sites that Rome has to offer?

JP: We ran out of time to see everything! We visited the Trevi Fountain, it was a beautiful sunny day and having recently been renovated, it was a spectacular sight to see. We did the touristy thing and threw a coin over our left shoulders. We went to the Spanish Steps, which are just that steps and located in the centre of the city surrounded by shops, we were surprised by the location.

Obviously we also took it the ancient city ruins and the Coliseum, the ruins were a true wonder and you get a feel of what ancient Rome must have been like originally. Close to the ruins is the Coliseum which is so vast and a true architectural wonder. I had seen this on TV so many times, but seeing it up close is amazing. The only other time I had been so amazed by architecture was seeing the Statue of Liberty in New York from the river. 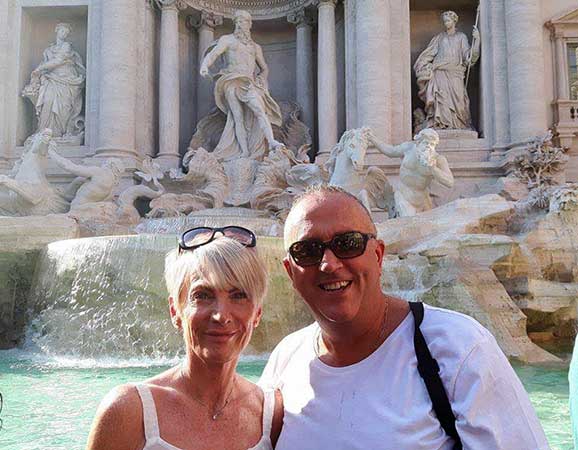 We ate at Tucci – Piazza Navona where we ate Spaghetti Bolognese and drank Limoncello. As they say, “When in Rome”!

JP: I love my holidays and usually go for a beach holiday and relax. This was the opposite in every way possible. We walked so much as there was so much to see, we never got time to relax and chill out. This was an unforgettable once in a lifetime trip for us both. We hold so many wonderful memories and have since recommended Rome to so many others. It is a true wonder of the world. 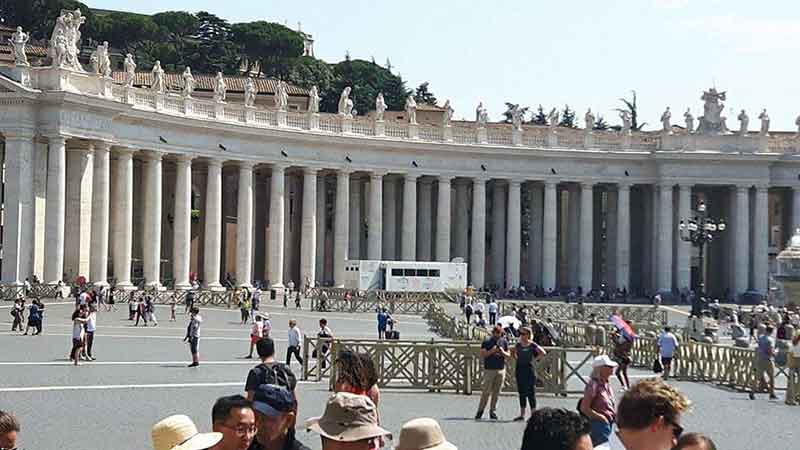 TLG: Do you have any funny stories or best memories of this trip?

JP: There are too many great memories to recall. I did see a nun in the queuing for a McDonald’s burger! The Swiss Guard in their outfits was a quite a sight to see as well.

TLG: Would you recommend Rome as a travel destination?

JP: Absolutely, it is a must visit city for young and old and one of the few places in the world where you can see and sense the history of the world. 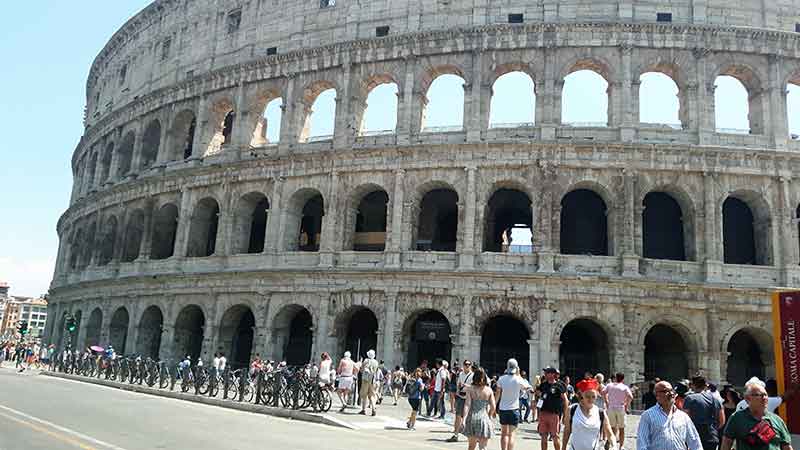 Rome: It’s About Making A Memory

JP: Without doubt the Sistine Chapel and lunch with my wife inside the Vatican Museum Gardens.