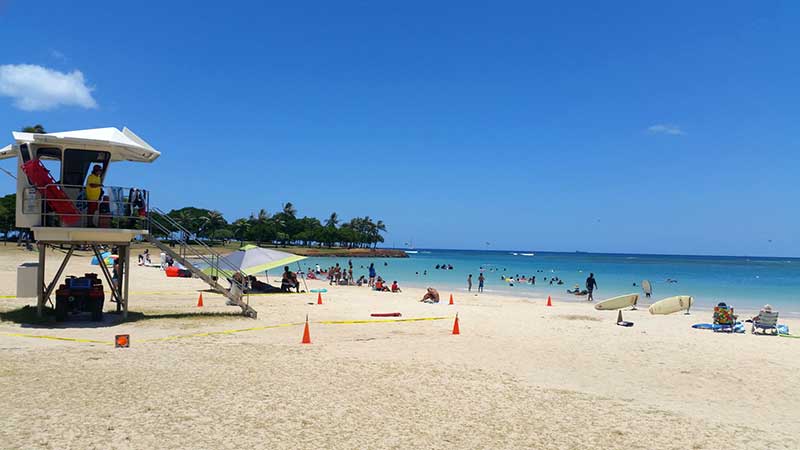 Think of Hawaii and you think of The Big Island, did you know that there are in fact a total of eight separate islands that make up the 50th State and the only one outside of North America. It is also the most isolated population centre on earth.

Hawaii is said to be from Proto-Polynesian word *hawaiki. Said to mean “Place of the Gods”

So is Hawaii the paradise it looks like and worth the incredible 16 hour flight from the UK? Our very own globe trotter Adam shares his vacation thoughts. 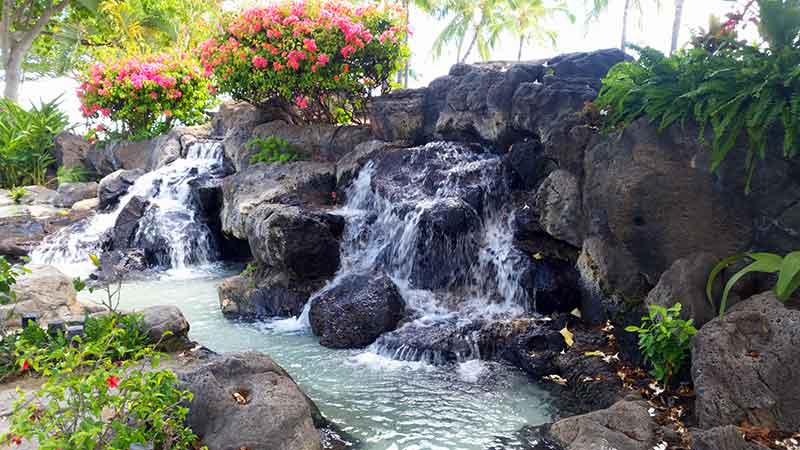 TLG: 16 hours flight time from the UK, that is a very long time, how do you occupy your time on the plane, also do you have a preferential long haul airline and why

AL: It certainly is a long haul! I flew with United Airlines which was arranged as part of the package with my tour operator. I also have several airmile memberships with the major airlines which have helped reduce costs for future flights. To be honest, it’s very difficult to occupy your time in economy. I take a combination of sleep and inflight movies to pass the time, though it’s always a chore! It was also a connect flight, so I had a few hours layover in San Francisco. I spent my time in the bar with a few characters I met there waiting for my next flight! 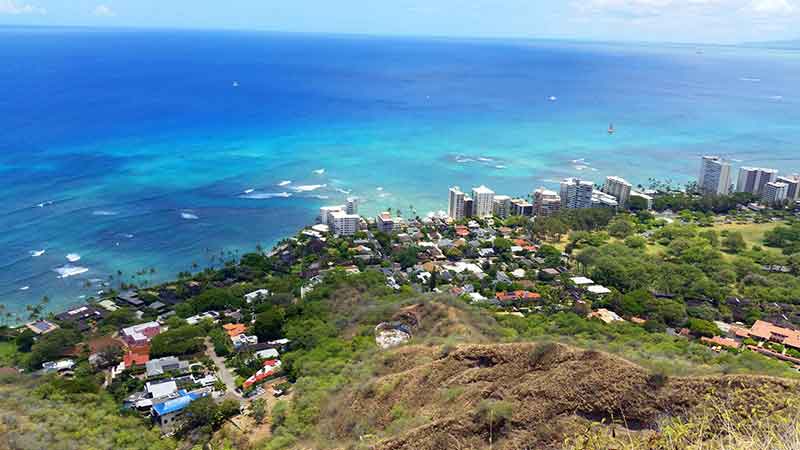 TLG: Did you receive the traditional Hawaiian Lei greeting on your arrival?

AL: No! I must admit I was expecting one after I had heard about it. By the time I got through customs I just wanted to get to the hotel, drop my bags off and meet my friend at the bar! So I think for that reason alone I wasn’t too fussed not to receive one.

TLG: In our last blog, you stated you have travelled to both North & South America, does Hawaii still feel like a part of the US or its own country and have a different couture and experience.

AL: It still felt like part of the US to me, although it obviously has that island vibe to it that mainland America doesn’t. Obviously with the Polynesian natives it also has its own culture.

TLG: Did you limit yourself to The Big Island or travel to the other islands, such as Kahoolawe, Lanai, Molokai, Maui, Oahu, Kauai or Nihau?

AL: I didn’t spend any time on it at all! I was actually based in Honolulu, Oahu. My hotel was on the beachfront of Waikiki. It was a fantastic place to be and a great view first thing in the morning. 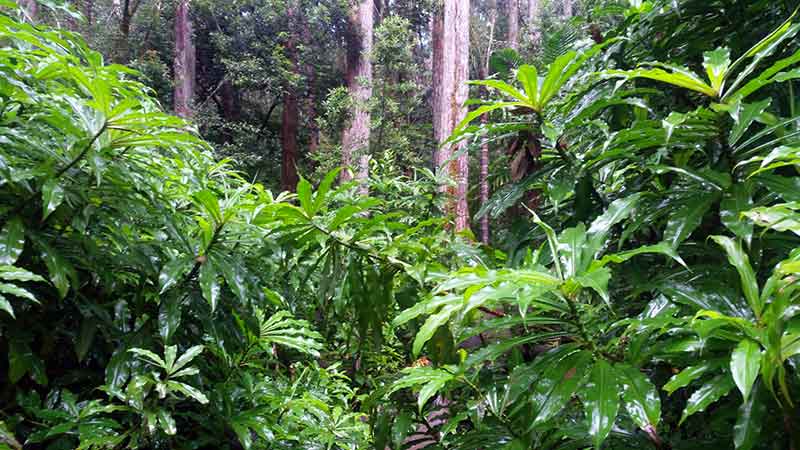 TLG: Hawaii is mixture of many different ethnicities, from Japanese to Filipino to Chinese. Does this reflect on the type of food available and as you are quite an adventurous eater did you try anything unusual?

AL: I like to eat all types of cuisine. My favourite is Asian and this was well catered for here, we had Korean, Chinese, Thai and Japanese. We also enjoyed some fantastic spare ribs on the beach at Duke’s Waikiki – I would recommend paying it a visit if you are ever in Oahu.

TLG: Hawaii is the only state that grows coffee, and provides 1/3rd of the world pineapples, did you try either?

AL: I don’t actually drink tea or coffee any more, so no. I think I had some pineapples as part of breakfast one day!

TLG: The Volcano Kilauea known to be the world most active has been in the news recently as it has erupting for the last 3 months, when you visited this island did you take in this sight?

AL: No, as I said I was in Oahu. We did however visit Diamond Head and Pearl Harbour. It would have been an experience to see the volcano though, maybe next time! 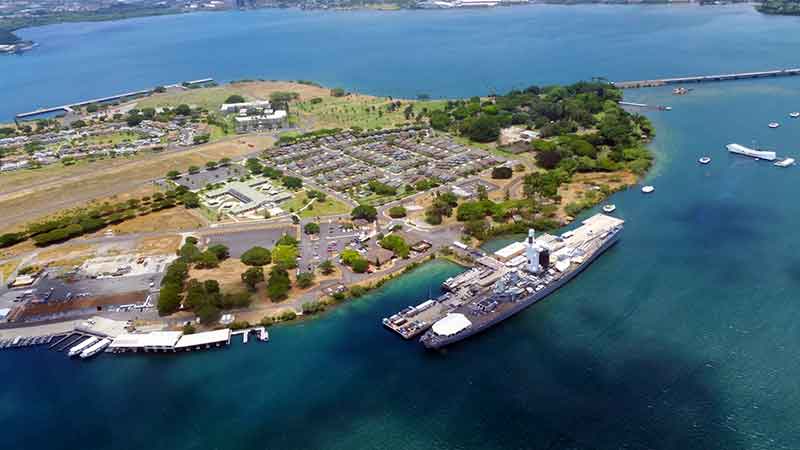 TLG: Unlike most people who travel, you always travel with just your essentials?

AL: Yes, even on this occasion I travelled with hand luggage. I packed in tightly just what I required, it’s amazing what you can get into a small case when you try!

TLG: Tell us about how you planned this holiday and where you visited.

AL: Every since I saw ‘Lost’ on TV a decade ago I wanted to visit the island. We got to visit Manoa Valley where it was filmed and other shows such as ‘Hawaii 5-0’ and big movies like ‘Jurassic Park’.  There was the usual helicopter flight (something of a ritual) over the island, including Pearl Harbour. We also did ocean snorkelling with dolphins and a shark cage dive, fantastic experiences!

TLG: Did you travel alone or go with friends?

AL: I met up with my good friend Chris again. He travelled to Hawaii from Hong Kong via South Korea. His flight was much shorter than mine though! 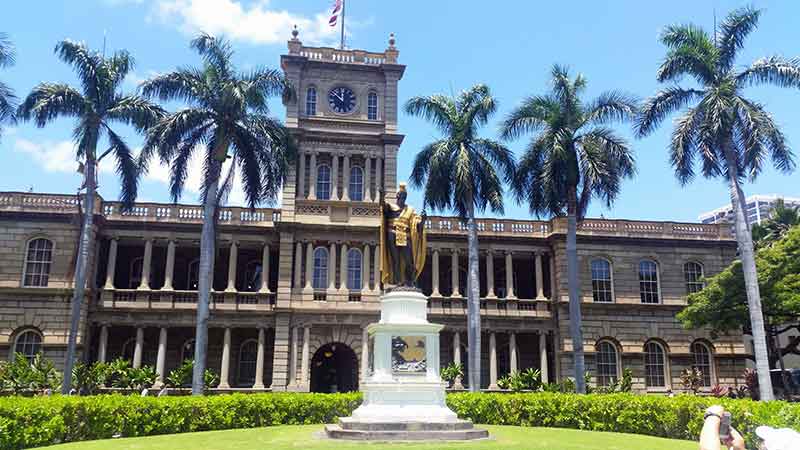 TLG: What is your favourite thing about travelling?

AL: I just love seeing different countries and people. It’s really interesting to see how different everything is. Although with the way the planet is connected these days, integration is much more fluid.

TLG: Are you a luxury hotel type of person, the best food and hotel luxury or more of a practical person who stays in the heart of the places you like to visit and really experience the country?

AL: If I can have luxury then obviously I would choose it. But, as we’re very much on the move taking in the location, we almost always aim for practicality so we can sink our funds into experiencing where we are.

TLG: If you did choose luxury, where are the best locations and resorts to stay?

AL: I would say Waikiki Beach is a great place. Even though our hotel wasn’t top of the range it was still very good and also practically on the beach front. So, in that respect you don’t have to spend big money to get a nice hotel in a good area. 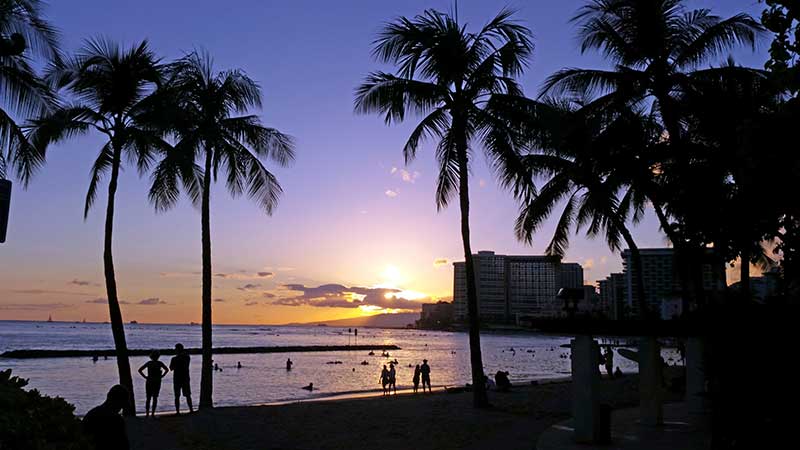 Hawaii,
It’s All About the Memories

TLG: What were the best moments of this week?

AL: There were some awesome things to see and do in Hawaii, from the picturesque beaches to the helicopter trip and snorkelling with tropical fish. But if I had to pick one, it would have to be the shark cage experience. It’s really not something you get to do every day!

Is Hawaii somewhere you’d like to visit? Would you like to have your own holiday home in paradise? You could make it a reality by becoming a timeshare owner, call 0800 071 4674. Alternatively sned us a contact form. If you are a timeshare owner Hawaii and you’re looking to sell, call 0800 071 1372 or send a form for a free valuation.