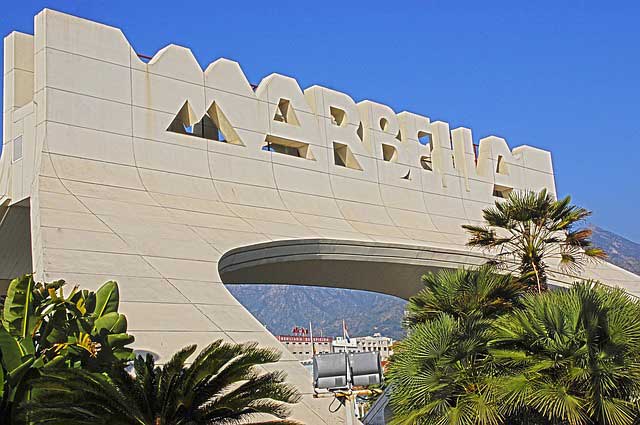 Marbella has always been an infamous celebrity hotspot and an escape for many Brits. With millions of visitors each year, what is the attraction and why do people keep coming back?

Initially it’s the beaches, nightlife, it’s 5 Star luxury lifestyle and being known as the playground of the rich and famous.

Here are some luxury facts about Marbella & Puerto Banus

When did it all begin?

When did Marbella begin to transform into the Marbs we know and love today?

It is reported to have began with Prince Alfonso de Hohenlohe (Prince Max) who fell for the charm of Marbella. Then with a population of just 900 people he bought a plot of land and built his own home, called Finca Santa Margarita. He sold land to his rich and famous friends such as Rothschild and Thyssen and that’s where it all began as the home for the rich and famous. Prince Max’s own home became so popular with friends and his guests in 1954 he turn the home into a Club. That club is still there today called Marbella Club and quickly established itself as the Costa del Sol’s very first luxury hotel.

As the decades passed, Marbella began to rival the likes of Cote d’Azur, St Tropez & Monaco, millionaires and film stars began to flock there.

The 70’s saw the rapid expansion of Marbella with the construction of Puerto Jose Banus, (known as Puerto Banus) which was opening May 1970 with some mega stars of the time in attendance. The likes of the Film Director Roman Polanski, Aga Khan, Prince Rainier, Princes Grace of Monaco (Grace Kelly) and the founder of the Playboy magazine Hugh Hefner. The entertainment was supplied by a young Julio Iglesias. Puerto Banus was the perfect location for millionaires and the top stars to bring their luxury yachts to the exclusive marina. Today it can accommodate 900 boats, and includes a number of luxury super yachts belonging to the world’s wealthiest people.

Still one of the most famous holiday destinations in the world, the popularity of Marbella is as strong as it ever was. With its luxury shopping, hotels and clientele, it is the place to see and be seen.

3 of the very best luxury hotels recommended are:

Marbella Club – steeped in history and glamour, this is the original and often thought the best.

Marriott Marbella Beach Club – Our most sought after luxury 5 Star resort with our customers, a mere 20 minutes drive into Puerto Banus. 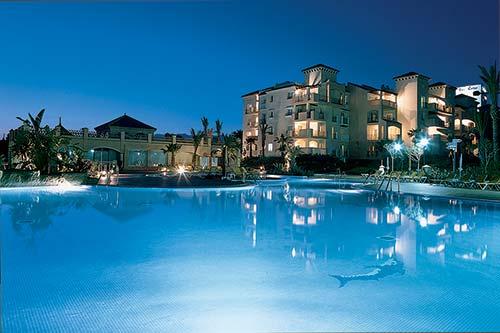 Marbella does not have its own airport, the nearest is Malaga airport which is approximately 50 km away.

Malaga airport is Spain’s 4th busiest airport, behind Madrid, Barcelona and Palma De Mallorca. It has 3 terminals and over 70 airlines from 60 different countries flying there. For an international airport it is considered quite small, with only a small number of shops and restaurants.

The closest train station is Fuengirola and then either a taxi or bus into Marbella.

The cost of a taxi from Malaga airport to Marbella is  approximately €60.00, a bus is considerably cheaper and costs under €10.00. You could book a private transfer in advance with prices ranging from €65.00 to €140.00 for a minibus for up to 19 people.