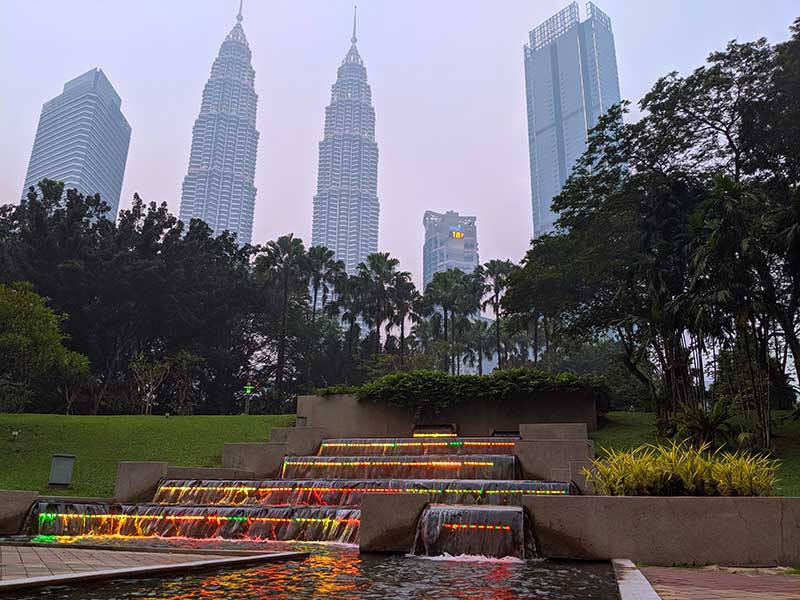 Somehow, Adam Leitch our Head of IT, recently managed to take a week’s break from the office and visit two well known places in Malaysia.
First up is Kuala Lumpur. How did he do?

Let’s have some well known and maybe not so well know facts on Kuala Lumpur: 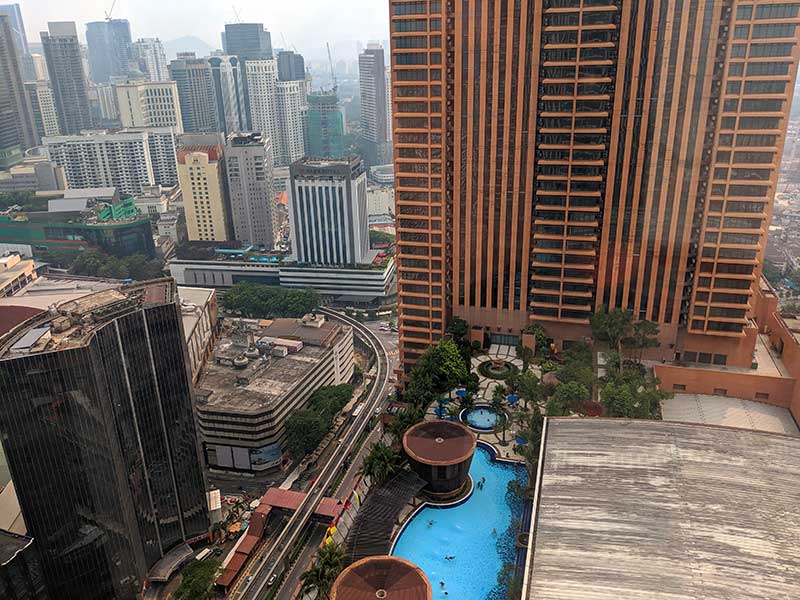 Here are his thoughts on his time away:

TLG: Kuala Lumpur, it has a bit of everything, nightlife, culture and sightseeing, what made this your city break destination?

AL: I have travelled through quite a bit of Asia, having already been to China, Japan, Korea and Thailand. I wanted to continue this trend by adding Malaysia to the list. Also, my travelling friend Chris lives in Hong Kong, so he met us there having less of a distance to travel.

TLG: To travel over 6,500 miles and take a 14+ hour flight (including a layover in Dubai), you must have planned this first part of your trip very carefully?

AL: We did look into it a bit. I was travelling with my friend Lee from the UK and meeting our other friend in Kuala Lumpur. We did plenty of searching for flights, but in the end left it a little later than planned and ended up getting a slightly worse deal, with a connect at Dubai on both legs. We did find some decent budget lodgings in a very good area in the city though, so kudos to Lee who sourced that!

TLG: As it is such a long flight, did you fly with a well known carrier and was there plenty to do during the flight to keep you occupied?

AL: We flew with Emirates in the early hours of Saturday morning. We had to leave the house at 5am to travel from Gatwick. It was 7 hours to get to Dubai, so I mainly watched movies and listened to music for the first part of the journey. We were landing in Malaysia at around 7:30 am so I decided that I would attempt to use the second 7 hour leg to get some sleep and then theoretically I would be on local time! It is a long journey though, probably clocking in close to 30 hours all told from my front door to the hotel. But the adrenaline of a new venture keeps the blood pumping! 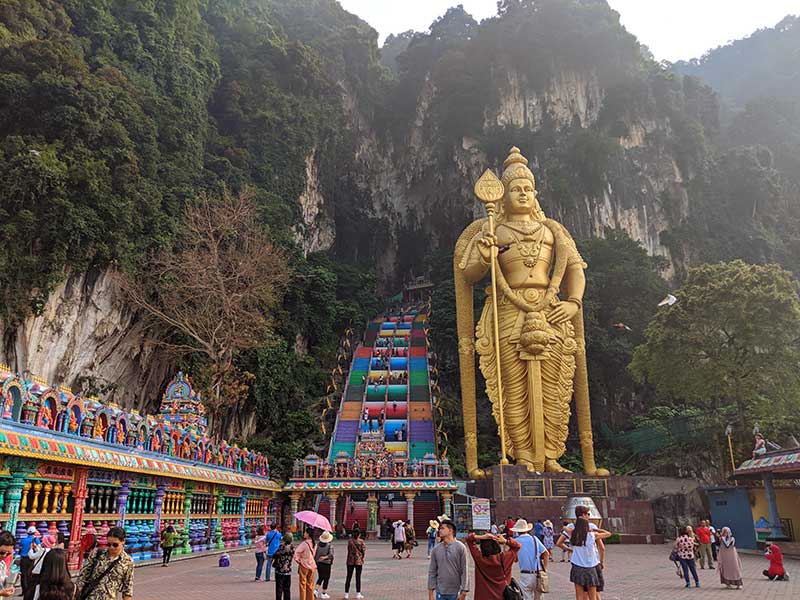 TLG:  You travelled recently. Is this time of year (September) the rainy season in Malaysia?

AL: Yes it is. I had been checking the forecast leading up to the trip and everyday was showing rain and thunderstorms whilst being in the mid thirties temperature wise. Fortunately for us, there wasn’t a drop of rain the entire time we were there, at least not when we were out and about. I think we were very lucky in that respect, I do recall heavy rain when I broke my sleep one night.

TLG: Tell us about your time in Kuala Lumpur, what did you get up to?

AL: We arrived in the city around 10am Sunday morning and met up with Chris who had already checked in the day before. First order of the day for myself and Lee was food and power nap to sort our heads out. We then headed out into the district and had a few beers and then onto exploring the area. We made a quick stop in the KLCC Park to take in a view of the Petronas Towers and then stopped off in a fantastic open air Chinese restaurant Hakka for dinner. We then carried on with the drinking and experienced the nightlife. We didn’t find our way back to the hotel until 3am and we had a half day tour booked for the early morning!

We managed to get up and ready in time, though we were a little subdued in the early throws of the tour. First up we headed to the famous Batu Caves and made our way up the 272 multi-coloured steps to the caves themselves. It was an impressive spectacle. We then moved onto the Istana Negara to see the King’s palace. After that we went to Chinatown, mosques and some other landmarks before completing our trip by visiting the Petronas Towers. Unfortunately we didn’t get to visit the skydeck as it was very hazy during our stay and wouldn’t have yielded a decent view of the city. We then had a siesta and then headed out for dinner and another night out. I remember Lee saying, “I don’t want another 3am session!” Needless to say we stumbled back into our room a little worse for wear around 7am!! Haha. 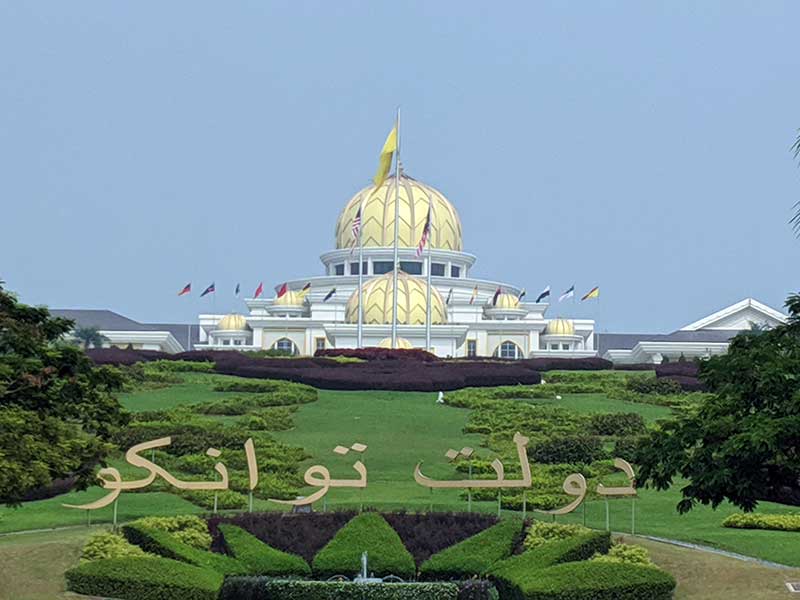 TLG: You stayed in the City Centre, how did you get around the city?

AL: We walked (stopping off for food and drink as we went). As we were situated in Bukit Bintang, everything we wanted to experience was only a stone’s throw away. It was a very convenient location.

TLG: Did you travel to Kuala Lumpur alone or with others?

AL:  I travelled with my friend Lee, who is more of a European traveller but is now branching out to gain his World Traveller tag! We then met up with Chris, who was travelling from Hong Kong, so much less of a trek for him!

TLG: Did you eat out in the local restaurants, you are a lover of Far Eastern food so you must have found some great dishes to eat?

AL: We certainly did! I must admit when we first arrived we just wanted something to take the edge off so actually ended up at a burger joint just round the corner from the hotel. I don’t tend to travel this far to eat a burger, but Burger on 16 served proper burgers and were just the ticket for that “just arrived” sustenance! From then on is was pretty much different styles of Asian cuisine, with Chinese at Hakka and a Korean BBQ in the food court as some examples. I must give a mention to The Steakhouse KL where we had a fantastic Surf n’ Turf – a real meat lovers delight! 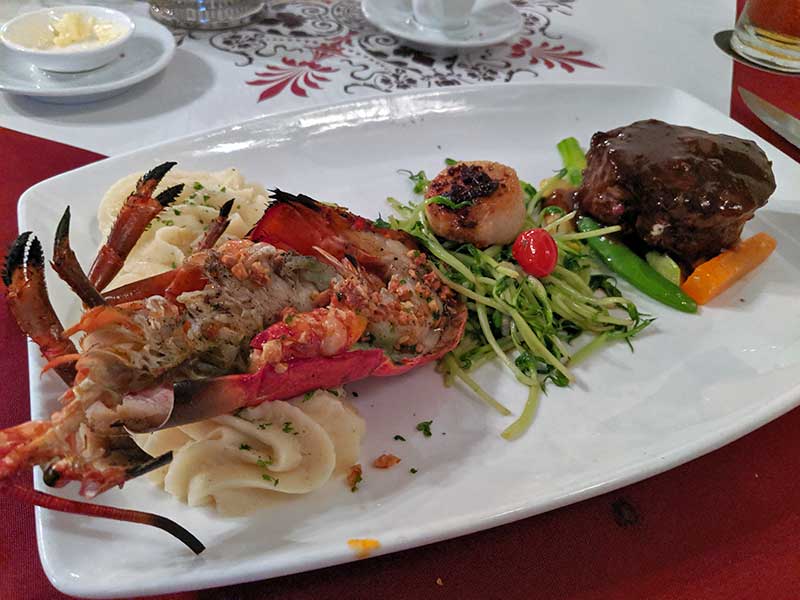 TLG: Is this your first time to Kuala Lumpur? Asia is one of your favourite destinations how does it rate against the other city’s you have been to.

AL: It was my first time in Malaysia. I am trying to travel to destinations I haven’t been to before rather than repeating the past. Some of the attractions such as the Petronas Towers and Batu Caves were worth visiting the country and the night life, food and prices were reasonable. The city did look fairly dirty and a bit run down in places, reminding me a bit of South Korea, but overall it was a decent destination, though I probably won’t return. After that we took a short flight to Singapore. 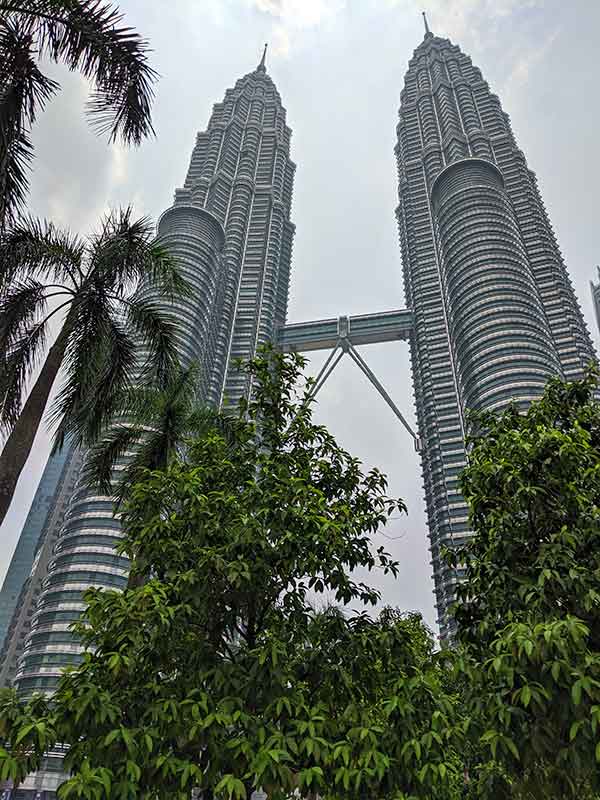 Kuala Lumpur: It’s All About the Memories

TLG: What were the best moments of your time in Malaysia?

AL: Fantastic food (especially the steak and lobster) and nightlife. The Batu Caves are certainly worth a visit.